Minor Corrections to By Copy-Restore

Dr. Naps pointed out a mistake I made for the text on one of the slides, so I took care of that right away. He also suggested moving the pointer labels next to their respective labels in the foo box. Here’s what that looks like: 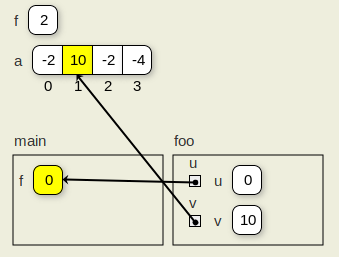 This is what my code basically looks like right now:

Not ideal, but that’s just the way it goes sometimes. JSAV pls fix.